The universal Modbus RS485 Protocol Guide presented in this article is a starter guide for anyone that starts to use any kind of Andivi Mobus sensors – temperature, CO2, humidity, pressure, and VOC sensors.

Example of a Temperature & Humidity Sensor with Modbus Communication

What is the Modbus Protocol?

Let’s start the Modbus RS485 Protocol Guide with some basic understanding of the Modbus protocol.

The Modbus protocol “defines a message structure that controllers will recognize and use, regardless of the type of networks over which they communicate. It describes the process a controller uses to request access to another device, how it will respond to requests from the other devices, and how errors will be detected and reported. It establishes a common format for the layout and contents of message fields.” – from Modbus Protocol Reference Guide, PI-MBUS-300 Rev. J.

Before we dig deep into the topic we decided to explain also the basics of RS485 in the Modbus RS485 Protocol Guide.

The table below summarises the RS-485 Standard:

Communication on a Modbus Network is initiated (started) by a “Master” with a “query” to a “Slave”.

The “Slave“ which is constantly monitoring the network for “Queries” will recognize only the “Queries” addressed to it and will respond either by performing an action (setting a value for example) or by returning a “response”.

Only the Master can initiate a query.

In the Modbus protocol the master can address individual slaves, or, using a special “Broadcast” address, can initiate a broadcast message to all slaves.

The Modbus protocol defines the format for the master’s query and the slave’s response.

The query contains the device (or broadcast) address, a function code defining the requested action, any data to be sent, and an error-checking field.

The response contains fields confirming the action taken, any data to be returned, and an error-checking field. If an error occurred in receipt of the message, or if the slave is unable to perform the requested action, the slave will construct an error message and send it as its response.

The below example shows a request for a single 16-bit Modbus Register:

The below example shows a response for a single 16-bit Modbus Register:

There are two MODBUS serial transmission modes, ASCII and RTU.

In ASCII (American Standard Code for Information Interchange) mode, each 8-bit byte in a message is sent as two ASCII characters. The main advantages of this mode are that it allows time intervals of up to one second to occur between characters without causing a timeout error and that messages may be monitored more easily on a simple ASCII terminal.

The format for each byte in ASCII mode is:

In RTU (Remote Terminal Unit) mode, each 8-bit byte in a message contains two 4-bit hexadecimal characters. The main advantage of this mode is that its greater character density allows better data throughput than ASCII for the same baud rate, however, each message must be transmitted in a continuous stream.

The format for each byte in RTU mode is:

A Modbus message has defined beginning and ending points. The receiving devices recognize the start of the message, read the “Slave Address” to determine if they are being addressed and know when the message is completed so that they can use the Error Check bytes to confirm the integrity of the query.

Partial messages can be detected and discarded:

In RTU mode, messages start with a silent interval of at least 3.5 character times.

The first field then transmitted is the device address.

The allowable characters transmitted for all fields are hexadecimal 0-9, A-F. Devices monitor the network bus continuously, including during the ‘silent’ intervals. When the first field (the address field) is received, each device decodes it to find out if it is the addressed device. If the device determines that it is the one being addressed it decodes the whole message and acts accordingly, if it is not being addressed it continues monitoring for the next message.

Following the last transmitted character, a silent interval of at least 3.5 character times marks the end of the message. A new message can begin after this interval.

The entire message frame must be transmitted as a continuous stream. If a silent interval of more than 1.5 character times occurs before the completion of the frame, the receiving device flushes the incomplete message and assumes that the next byte will be the address field of a new message.

Similarly, if a new message begins earlier than 3.5 character times following a previous message, the receiving device will consider it a continuation of the previous message. This will result in an error, as the value in the final CRC field will not be valid for the combined messages.

How Characters are Transmitted Serially

When messages are transmitted on standard MODBUS serial networks each character or byte is sent in this order (left to right):

Going from theory into practice in this Modbus RS485 Protocol Guide, here is an example of addressing an Andivi Modbus sensor.

Standard Modbus serial networks use two error checking processes, the error check bytes mentioned above check message integrity whilst Parity checking (even or odd) can be applied to each character in the message.

The master is configured by the user to wait for a predetermined timeout interval. The master will wait for this period of time before deciding that the slave is not going to respond and that the transaction should be aborted.

Standard Modbus serial networks use two error checking processes, the error check bytes mentioned above check message integrity whilst Parity checking (even or odd) can be applied to each character in the message.

The master is configured by the user to wait for a predetermined timeout interval. The master will wait for this period of time before deciding that the slave is not going to respond and that the transaction should be aborted.

If parity checking is enabled – either Even or Odd Parity is specified – the quantity of “1’s” will be counted in the data portion of each of the eight bits in the character.

Note that parity checking can only detect an error if an odd number of bits are picked up or dropped in a character frame during transmission, if for example two 1’s are corrupted to 0’s the parity check will not find the error.

The error check bytes of the Modbus messages contain a Cyclical Redundancy Check (CRC) value that is used to check the content of the entire message.

The error check bytes must always be present to comply with the Modbus protocol; there is no option to disable it.

The error check calculation is started by first pre-loading a 16-bit register to all 1’s (i.e. Hex (FFFF)) each successive 8-bit byte of the message is applied to the current contents of the register.

Note: only the eight bits of data in each character are used for generating the CRC, start bits, stop bits and the parity bit, if one is used, are not included in the error check bytes. During generation of the error check bytes, each 8-bit character is exclusive OR’ed with the register contents. The result is shifted in the direction of the least significant bit (LSB), with a zero filled into the most significant bit (MSB) position. The LSB prior to the shift is extracted and examined. If the LSB was a 1, the register is then exclusive OR’ed with a pre-set, fixed value. If the LSB was a 0, no exclusive OR takes place.

This process is repeated until eight shifts have been performed. After the last (eighth) shift, the next 8-bit byte is exclusive OR’ed with the register’s current value, and the process repeated. The final contents of the register, after all the bytes of the message have been applied, is the error check value. In the following pseudo-code “ErrorWord” is a 16-bit value representing the error check values.

DIP-Switch #2 on every Modbus Sensor is for Addressing. Below you can see an extract from the Andivi Modbus Datasheet.

DIP-Switch #2 on every Modbus Sensor is for Addressing. Below you can see an extract from the Andivi Modbus Datasheet.

What weather sensors or weather stations have the best performance?
March 10, 2021

What are the differences between wind sensors?
January 28, 2021 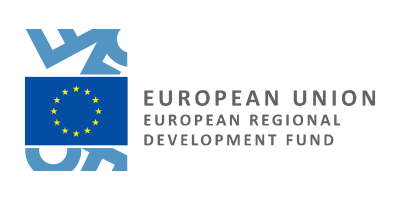